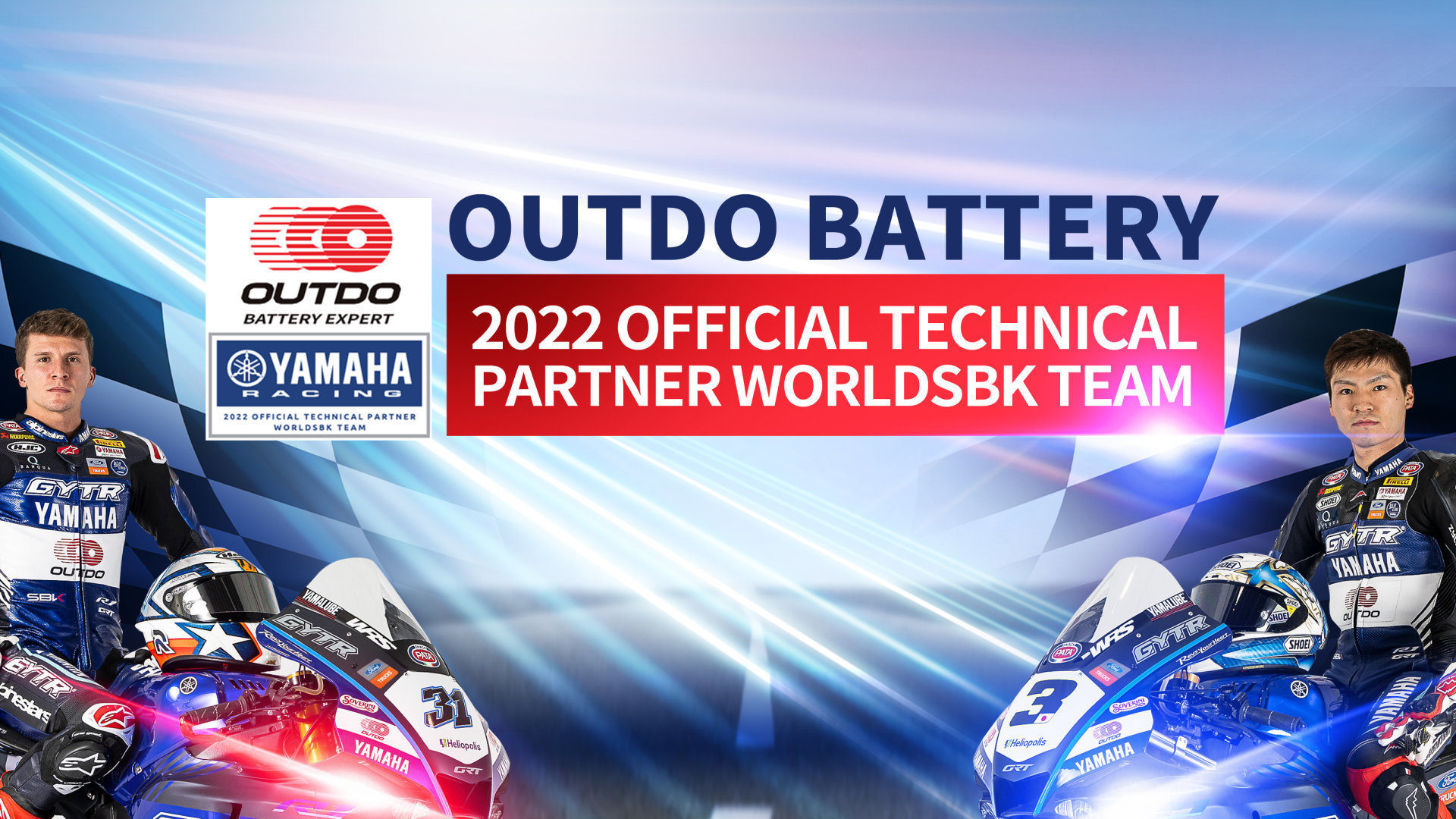 OUTDO Corp. will race alongside the riders of the GRT Yamaha WorldSBK Team, Kohta Nozane and Garrett Gerloff, in the 2022 FIM Superbike World Championship, becoming the team’s official technical partner.

Established in 1997, OUTDO Corp. has focused on battery R&D for more than 20 years, and it has quickly become one of the world’s most complete high performance battery series and model companies.

Through the years, OUTDO Corp. has achieved a number of R&D patents and it’s been honoured with many awards. The company will now put its efforts into the upcoming WorldSBK campaign, helping the GRT Yamaha team to maximise its performance.

The OUTDO branding will feature on both GRT Yamaha’s R1 bikes, as well as Gerloff and Nozane's leathers, while it will also appear inside the team’s pit box.

Mr. Zhimin Ke, the Chairman of OUTDO Corp.: "We're pleased to announce this new partnership with GRT Yamaha WorldSBK Team for the 2022 FIM Superbike World Championship. OUTDO Corp. will put our hard work into helping the whole team as much as possible. We would like to thank Filippo Conti for trusting in us and we're ready for the 2022 season.”

Filippo Conti, Team Principal, GRT Yamaha WorldSBK Team: "We're thrilled to have OUTDO with us and pleased that they will be an official technical partner for the 2022 FIM Superbike World Championship. Over the years, they have proved to be a reliable company and we're sure that OUTDO Corp. will make a huge effort to help the GRT Yamaha WorldSBK Team throughout the season. We would like to thank the whole OUTDO team, and we’re hoping for a great 2022 together."

Next: The Tenth round of WSBK —— JEREZ

The Tenth round of WSBK —— JEREZ

Race Notice | The sixth station of 2022 WSBK — Autodrom Most

Race Notice | The sixth station of 2022 WSBK — Autodrom Most