【Brief description】 February 20, 2021 is the third "world social justice day". The purpose of the United Nations is to further promote the efforts of the international community in eliminating poverty, achieving gender e

February 20, 2021 is the third "world social justice day". The purpose of the United Nations is to further promote the efforts of the international community in eliminating poverty, achieving gender equality and promoting social justice. 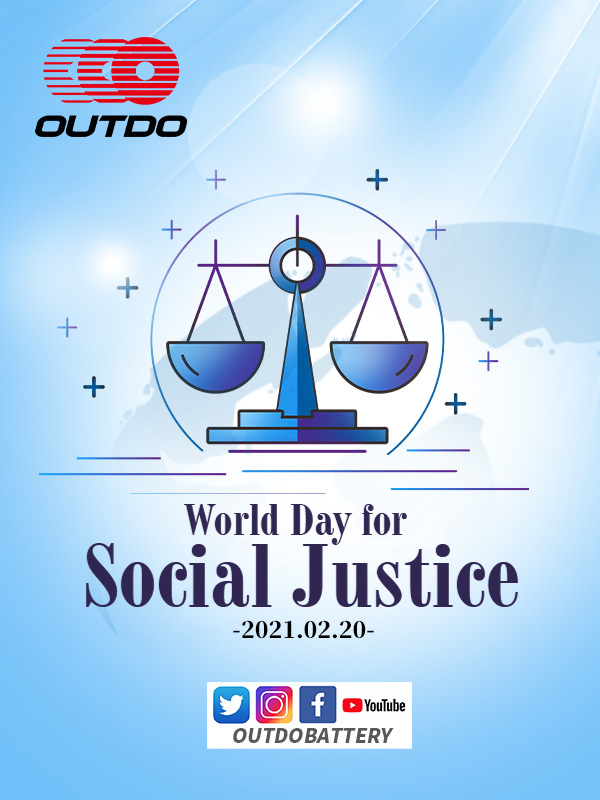 In November 2007, the general assembly of the United Nations adopted a resolution to set February 20 as "world social justice day" from 2009. The resolution points out that the international community needs to further intensify its efforts to eradicate poverty, make all people fully employed, enjoy social welfare and social justice, and calls on all countries in the world to carry out activities to promote social justice at the national level in accordance with the goals set by the United Nations World Summit for social development and relevant UN General Assembly meetings held in 1995. Social development has three core areas: poverty eradication, full employment and social integration. The main purpose of development is to achieve social justice, stability, harmony and equality. In order to achieve the UN Millennium Development Goals, governments are constantly fulfilling their commitments and have achieved positive results. However, as the world's major social systems and leading economic systems have been biased towards the rich for decades, the gap between the rich and the poor has further widened, and the vulnerable groups can not fully participate in social and economic life, thus seriously threatening the further development of society.

Social justice is the basic principle of peaceful and prosperous coexistence within and between countries. To promote gender equality and the rights of indigenous people and migrants is to uphold the principle of social justice. We are promoting the concept of social justice by trying to remove all kinds of obstacles that people face because of gender, age, race, ethnicity, religion, culture or disability. The international community needs to make further efforts to eradicate poverty, achieve equality between men and women, and allow all people full employment, decent work, social welfare and social justice.